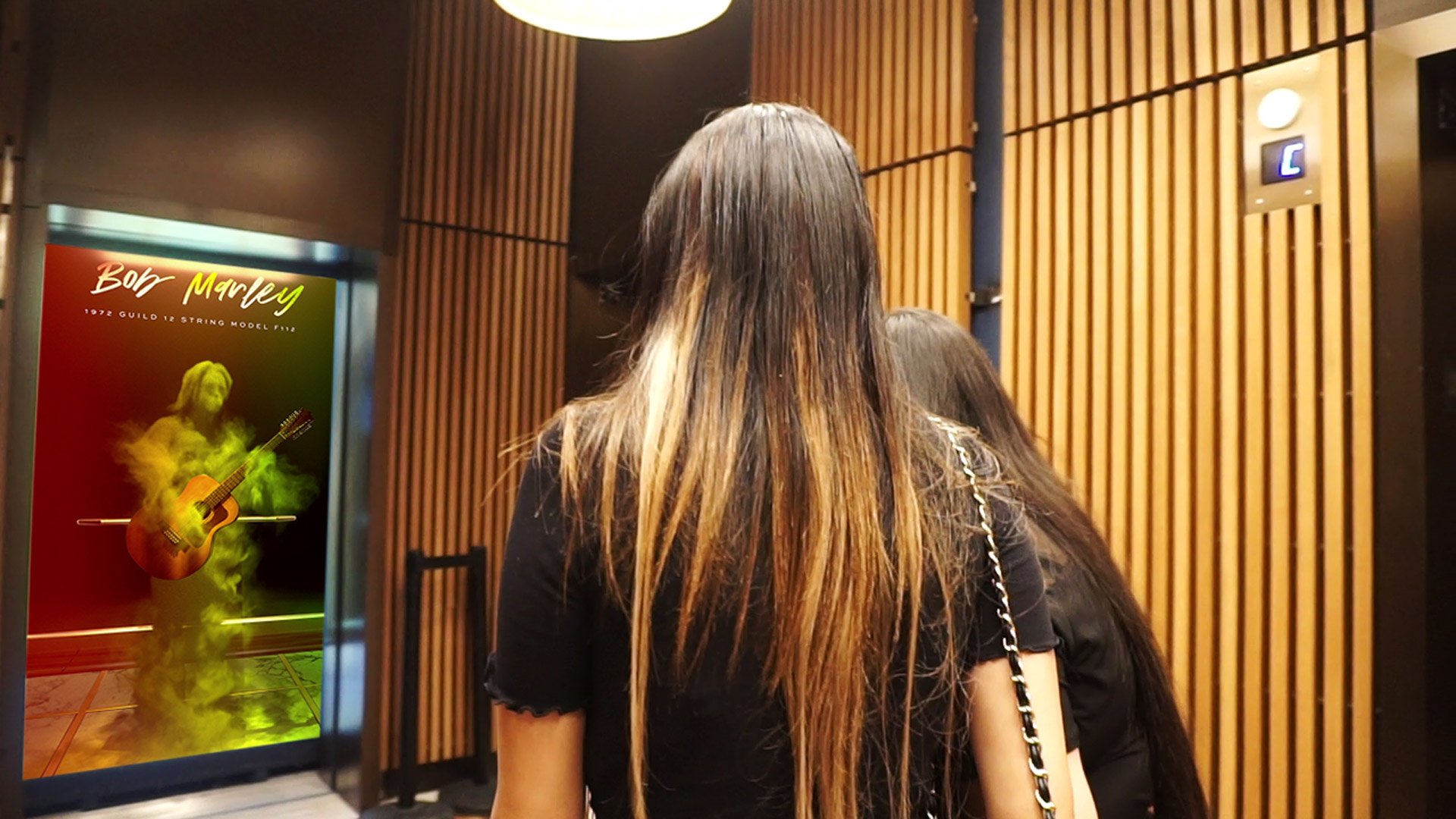 The optical illusion known as Pepper’s Ghost has endured for over 150 years, and with technological evolution has become more refined, impactful, and compelling. The illusion’s allure has always been the mystifying way it seems to conjure a 3D image in space without requiring 3D glasses or Virtual Reality headsets.

Initially introduced by Henry Dircks in 1859, the technique was popularized a year later by John H. Pepper, and it was Pepper who took the illusion to a new level. He recognized that incorporating a large piece of glass at an angle would allow an unseen, hidden-from-view objects to be introduced into a physical set or large space in front of an audience.

The reflective and refractive properties of the glass, along with a varying intensity of light, produced a ghostly illusion of the subject, person or object that seemed to materialize and float within the viewable space. The “virtual” illusion never failed to amaze and mystify an audience and, while both men get credit for its creation, the technique has forever after been known as “Pepper’s Ghost”.

Long a staple of theme parks and museum attractions, the effect has been successfully used at the Haunted Mansion and Twilight Zone attractions at Disneyland/World, and at Universal’s Harry Potter World and various exhibits. The past decade has seen the Pepper’s Ghost illusion improved upon with the use of computer animation, advances in projection and lighting, and transparent films. Audiences attending music festivals, concert venues, and award shows have also witnessed the return of numerous icons of our recent past.

Flash back to the Coachella Music Festival in 2012 when Snoop Dogg reaches the end of his main stage set. From the darkness the reincarnation of the legendary Tupac Shakur - dead for 15 years – emerges, microphone in hand. Tupac moves across the stage to share the spotlight with Snoop Dogg. The performance is pitch perfect and Tupac has not aged a day. You and everyone around you are stunned.

Is this for real?

Actually, yes and no, by way of the modernized, ground-breaking use of the Pepper’s Ghost optical illusion in its digital form. Whether it be Tupac, Michael Jackson (at the Grammys), or Frank Zappa (on Tour), by using projected holographs interacting with human counterparts within elaborate sets, designers have the tools to create illusions of startling verisimilitude for an unsuspecting audience.

In controlled lighting applications, this quasi - holographic technology, coupled with digital transmission and projection, allows a speaker to deliver their message at a remote venue without ever physically being there. Performances, presentations, and lectures captured on film or video, can be re-mastered for a seemingly holographic projection onto a transparent screen to a much greater effect and at a scale that Pepper himself couldn’t have imagined.

On the other end of the spectrum, retailers have adopted the Pepper’s Ghost illusion by using simple, pyramid-shaped acrylic display cases – which are outfitted with a light source and a reflective surface - to display objects of great value and appeal.

These cumbersome systems are touted as being “holographic displays”, in truth, they feature projected holographs, 3D virtual objects that are not really there, but appear to float in mid-air or on a pedestal or tabletop. In this case the audience is generally aware of the presence of the light source and mirrors, thus the illusion is less convincing.

To be clear, these projections are merely holographs, not actual holograms. Projected holographs are created by taking photographs or video of real objects or people - they are not volumetric or three-dimensional. Holograms, however, are photographic recordings of a light field that are truly 3D dimensional. Delivering an actual volumetric holographic video that can be viewed in mid-air from 360 degrees is, from a technical perspective, still science fiction.

Another modern interpretation of a holograph that you may have seen - if you’ve been to a mall or trade show - is the “holographic display fan”. A limited-use technology capable of producing floating logos, graphics, and iconographic imagery, these fans are a unique, yet low-end addition to the 3D illusion landscape for stand-alone image projection. These solutions are not likely to WOW an audience at a theme park or museum, however, as these guests expect a much more surprising and sophisticated experience.

While the traditional Pepper’s Ghost illusion can be effectively used to startle and impress the viewer, it requires very specific lighting conditions, and its mechanics require a relatively large footprint to achieve impact, along with a location where there is ample space to convincingly produce the effect for a mass audience. For designers creating attractions and exhibits constrained by light or space limitations, Pepper’s Ghost and holography are not today’s answer for creating a compelling 3D effect.

So, what is an innovative creative designer or technologist to do? What is the best solution for producing 3D illusions?

Between a Rock and Hard Place

Most recently, the Rockwell Group out of New York City were tasked to create innovative visuals for the updated and expanded Hard Rock Hotel in Hollywood, FL. The centerpiece of the project would be the new guitar-shaped tower, but a creative challenge the team faced was figuring out a new way to display the vast archive of Rock n’ Roll memorabilia owned by the Company.

Content producers for Hard Rock-branded restaurants and hotels had, in the past, fabricated impressive and massive cases and dioramas displaying guitars, costumed effigies, and mementos associated with many of Rock’s greatest legends, but something new and exciting was needed for this flagship venue. What solution could they use to create a next generation memorabilia case that aligned with the futuristic design of the hotel? In essence, how could the vast collection of items be showcased to guests in a way that was as mind-blowing as when Tupac Shakur showed up almost a decade ago at Coachella?

The solution they found was quite brilliant.

The advent of 4K glasses-free 3D displays allowed Rockwell’s technologists to break-free of Peppers Ghost and the cumbersome alternatives that most illusionists turn to in their arsenal. Instead of the physical and creative constraints of these antiquated tools they found a way to leverage the latest in display technology by using 3D monitors that no longer require 3D glasses.

Choosing 3D displays empowered the Rockwell team to scan the Hard Rock memorabilia to create photorealistic 3D models and then to produce animated imagery and computer-generated environments in which to embed each item. Bob Marley’s signature guitar was no longer static or stowed away in a vault, it could now float in thin air, turn around for a close-up on the frets, and the artist himself could materialize and “play” as the guitar rests in his hands.

The idea of using 3D without glasses truly took flight when the creative decision was made to use a 100-inch portrait display set behind a set of elevator doors as part of the Tower’s main elevator bank.An autostereoscopic display with multiview capabilities became the only logical option because the volumetric effects would need to work from within a space that only had 15 inches of actual depth.

Check it out! Magnetic 3D - The Guitar Hotel - Grand Opening!

Glasses-free 3D displays offer a versatile and impactful opportunity for attraction and exhibit designers to create novel ways to interact with their audiences. With portrait or landscape displays masked within an environment, visual presentations can recede into volumetric space or be projected forward to seemingly float in front of the display. The display sizes now range from 28 inches to 100 inches allowing for great creative flexibility limited only by one’s imagination. The Hard Rock 100” portrait display presents 32 square feet (8’ tall x 4’ wide) of 4K illusion but only takes up about a foot of space. You’ll have the ability to produce extremely convincing illusions that stretch beyond the boundaries of “holographic” alternatives.

All of this with no special lighting requirements, no limitations on content, and with no other special equipment (i.e. glasses, transparent films, or projectors). A truly ground-breaking concept, executed by the Lab at Rockwell Group with close cooperation of Magnetic 3D’s team providing technology consulting, display and software development, stereo supervision, installation, and know-how.

This is the reinvention of Pepper’s Ghost for the 21st century. Keep your eyes open, as it will not be long before you see glasses-free 3D displays at retail, in theme parks, museums, casinos, and malls all over the globe. From Pepper’s Ghost to state-of-the-art 4K displays, the impact of 3D across generations is undeniable in its ability to stop users in their tracks so as to entertain and enlighten them with mesmerizing visual information. With today’s sophisticated hardware and streamlined production software for Cinema 4D, Unity, or Unreal Engine, there is a glasses-free 3D solution that can elevate every project.

If you have any questions, we’d love to help you. Reach out to us!